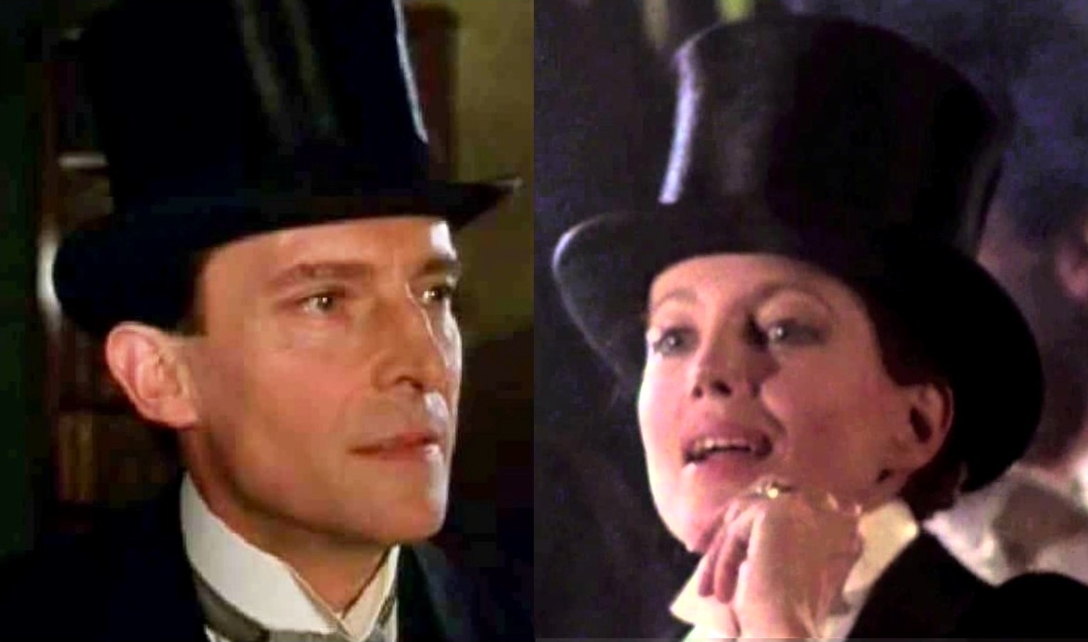 Ms Altabef, once again, deftly creates the type of tension that has the impact of thrillers. Her well-documented research provides authenticity and atmosphere to the story . . . a refreshing but very respectful link to the Canon.

The Remarkable Power of Stimulus is a superb sequel to Ms. Altabef’s successful These Scattered Houses and second in a trilogy of pastiches that take place following “The Great Hiatus”.

The novel begins with an audacious assassination attempt on Sherlock Holmes. The incident takes place on the gangplank of the steamship Lucania, which he is taking from New York to London. He manages to subdue the man using his single stick and boxing prowess. This dramatic prologue sets the tone and pace of the turbulent story that is to come.

Holmes then discovers on board the ship that he has been followed by the 12 year old prodigy, Miss Rachel Marcello, he met in New York. Necessity requires that they travel together and assume the roles of father and daughter.

Moriarty may be dead but his minions are undeterred from pursuing Holmes and re-establishing Moriarty’s criminal enterprises. Additionally two women’s bodies are discovered murdered in a gruesome Ripper-style manner. Elements of surprise and suspense occur throughout the riveting story. The suffragist movement’s radical and non-violent factions are presented in stark contrast as anti-suffrage forces battle violently and murderously against them.

The characterizations in this book are one of its greatest strengths. The depictions are fully realized, complex and compelling. Both new and established characters are included. Ms. Altabef delves into the personality aspects of Dr. Watson, Mrs. Hudson, Inspector Lestrade, Mycroft and Holmes in a manner that provides sensitive insight into their motivations and actions.

Ms. Altabef takes to heart Conan Doyle’s response to William Gillette’s query regarding the latitude he may take with the character of Sherlock Holmes, “You may marry him, murder him or do anything you like to him.”  Thus her pastiches have a refreshing but very respectful link to the Canon. Hopefully work on the third book of the trilogy is already underway. I await its completion with great anticipation.

Wendy Heyman-Marsaw is the author of the incomparable Memoirs From Mrs. Hudson’s Kitchen.