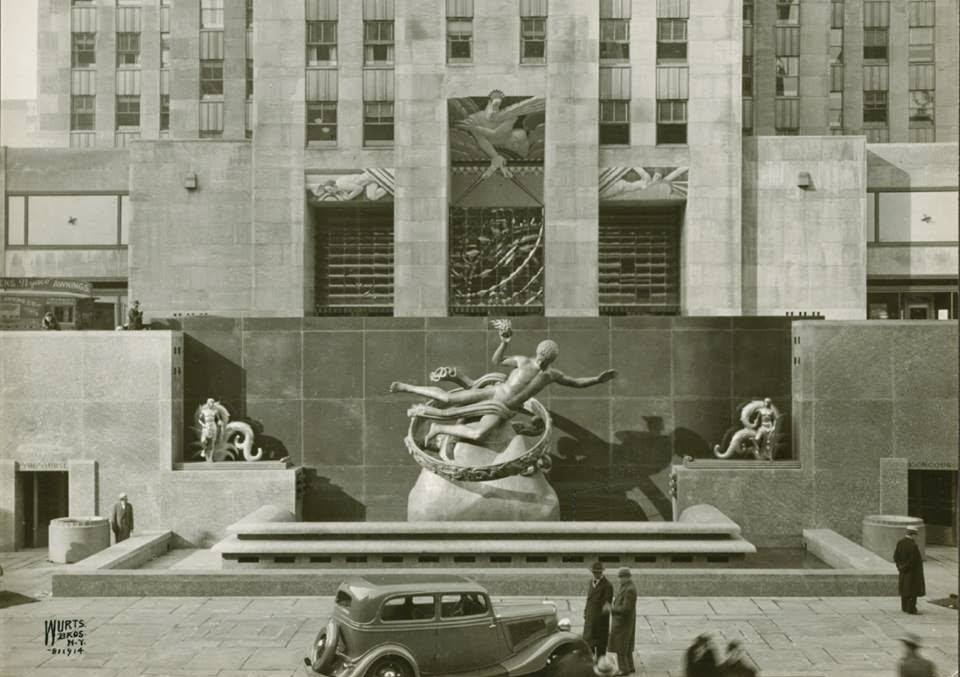 Along with being the birth of our nation, in my family, the forth of July has always been the celebration of my sculptor uncle, Octavio Mastrovito, better known as the man who built the golden statue of Prometheus at Rockefeller Center in New York. He also named me Gretchen. And I have always felt the kinship that artists share. He was a spectacularly talented, tall, dark, handsome and generous gentleman. We were very close in my formative years. Yet, he left the east to pursue his career in the west when I was 5. Probably why I discovered Sherlock Holmes the next year. He would have been 110 today. I have immortalized him as one of the main characters in my novel, These Scattered Houses.

The sculpture was installed in 1934. Paul Manship is the sculptor. But my uncle built it for him and cast it in bronze, gilded by hand in 24K gold leaf. So we feel it’s ours.

Gretchen Altabef is an MX author of Sherlock Holmes novels. She strives to emulate Dr. Watson’s and A. Conan Doyle’s literary style. Ms. Altabef’s novels brim with imagination and a news reporter’s excitement of the true history of the day. The first, These Scattered Houses, is in Holmes’ own voice and resourcefully chronicles the last two months of his ‘great hiatus’. “In These Scattered Houses, she eschews the formulas that so often appear in Holmes pastiches and sets about creating a new format; a new locale; new characters; a new story line and most important, a new Holmes.” Remarkable Power of Stimulus is the sequel. After 3 years away, Sherlock Holmes finds London awash in murders, No. 221B besieged, anarchists threatening Paris, and the return of Irene Adler. Fully aware he is under surveillance by Moriarty’s men, Holmes arrives in Baker Street knowing he will find Watson’s friendship and unerring aim are as dependable as the British Rail.